Narzędzia do montażu i demontażu

Oetiker Aftermarket Kits offer a range of high-quality and easy-to-use clamps that are specially selected for Passenger Vehicles, Commercial and Industrial Vehicles, 2-Wheelers and Cooling and Heating applications.

2018.08.24
Victor Garcia, Quality Engineer at Oetiker Spain, was the first participant in this year’s Employee Exchange Program to complete his stay. Over the course of 8 weeks in April and May, he joined his colleagues in the Quality department at Oetiker Canada. Though it was Victor’s first trip to Canada, the concept of going on exchange was very familiar to him. As a university student, he received an Erasmus grant to study in London and then a Leonardo grant to work in Birmingham in the United Kingdom. He found working in another country to be an enriching experience, not only with regard to work but also in the personal and cultural spheres.
With over 8 years of working as a Quality Engineer at Oetiker Spain, Victor brought his experience to Oetiker Canada for an 8 week exchange. His main project was to create connections between two computer systems so that they could communicate with each other. He created several test plans which in return allowed the Quality Engineers at Oetiker Canada to create a process between the two systems, eliminating the need for papers previously required.
Victor’s experience and his knowledge of computers was an asset in helping Oetiker Canada simplify a process and a great example of how the Employee Exchange Program supports knowledge transfer.
Victor felt right at home at Oetiker Canada as the work procedures are similar since they are global. He found the working style to also be similar to that in Europe. One difference he noticed was the use of visual aids instead of paper, something he would like to bring back to Oetiker Spain. Victor highly recommends the Oetiker Employee Exchange Program to others within the company who might be interested. 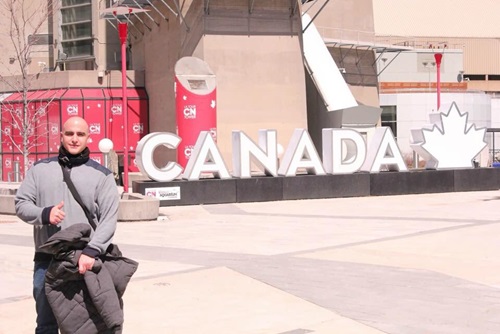